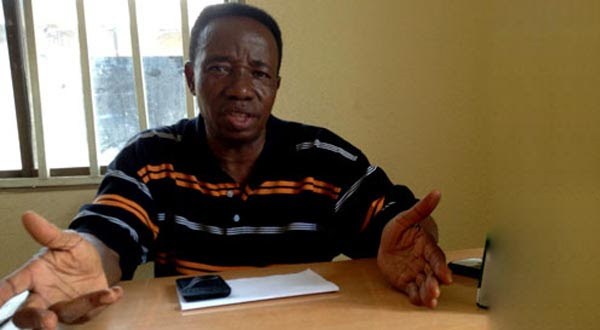 The Speaker raised the alarm in a statement he personally signed on Wednesday.
He said: “A few hours ago, it came to our notice that armed policemen had invaded the Ekiti State House of Assembly complex on the order of the Commissioner of Police, Mr. Bello Ahmed.
“The Police Commissioner claimed that he received a letter from the Clerk of the House, Mr. Tola Esan, purportedly seeking security deployment to the premises of the House.

“We are also aware of the sinister plot to break into the Assembly Complex before daybreak with the intention of making away with the Mace.
“We therefore call the attention of well-meaning Nigerians to the fresh coup being plotted by some anti-democratic agents in the APC in collaboration with the Police in Ekiti State.

“Staff of the House of Assembly have also been directed to stay at home until further notice in view of the need to prevent injuries and loss of lives as the armed policemen can as usual be overzealous.”