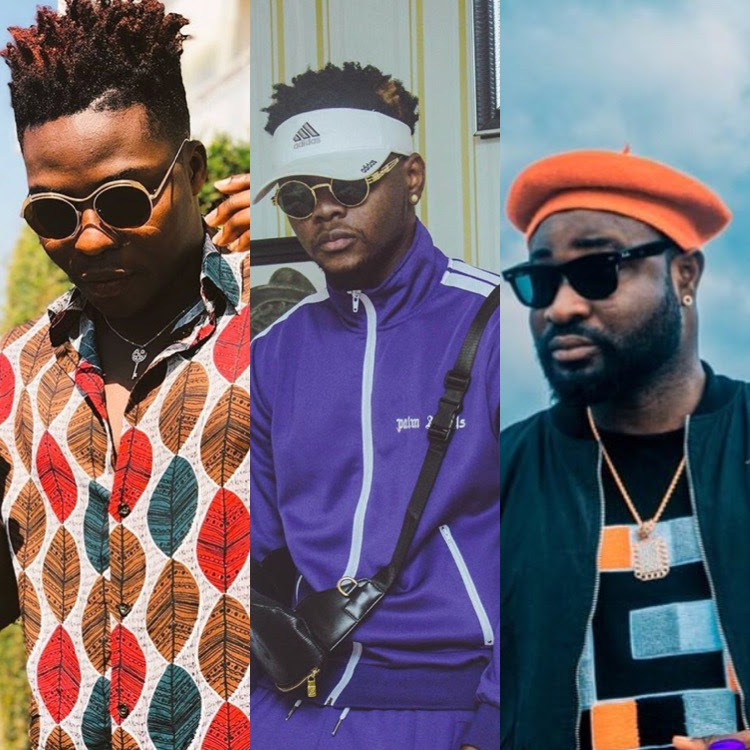 “A little advice for the boy Kizz, respect my experience don’t be childish” you do not remove specks when you have logs covering your eyes, to those who have concluded this as a rant I will explain things to you, please kill sentiments and listen. Kizz Daniel and Reekado Banks are not beefing, Harry Song and his manager are the arrongant one in this – Anusiobi Franklin Kizzdaniel PR

Collaborations are not done without the consent of the parties. Kizz Daniel was not aware Reekado was on the the track “Selense” we are human, I believe in wisdom “hey Kizz whats up I have a track, I feel with you and Reekado it will be better” this is appropraite and the right thing to do, you do not request a collaboration from a brand and break terms. Despite the ignorance he was glad when he found out Reekado Banks was on the track.

Why insult? Why feel an artiste should promote a craft that doesnt represent his brand positively? that is myopic, you are respected but the quotation that started this write up isn’t necessary in that song.

Hello, music lovers the situation is Harry Song is too arrogant to appologise for the insult on the brand, Kizz is not ready to spoil his brand by promoting a craft that doesn’t speak well, Kizz Daniel and Reekado Banks are not in any beef or disagrement as potrayed by Harry Song and his manager, Kizz Daniel has nothing against Harry Song but cannot jeopardize his brand after everything that harrysong did during the process of the song being recorded

The new version with Dice Ailes and Iyanya in my opinion is unnecessary, please Kizz Daniel and Reekado Banks are not in disagreement, the statement made by Harry Song and his manager is an attempt to row this boat to the middle of the ocean and abandon it or would harrysong stand to his claim of beef that after noticing such issue of beef he couldnt pull out kizzdaniel voice from the song, well is funny how you featured an artist who didnt stress or even collected a dime from you & you still went on to insult him in same song you featured him on saying “A little advice for the boy Kizz, respect my experience don’t be childish, cause the older the wise ooh, the stronger the wise ooh, so humble your self you just they start” MEnh who those that and you also expect reekado banks to promote such work also on his ig & other platform, i wouldnt want to disgrace harrysong by saying all his mistake because of our 9years friendship but he should respect his self and do the needfull than trying to put conflicts btw kizz & Reeky.

Thank you for being my audience.

Title : “No Beef Between Kizz Daniel & Reekado Banks, Harrysong Lied” – Kizz Daniel’s PR
Description : “A little advice for the boy Kizz, respect my experience don’t be childish” you do not remove specks when you have logs covering your eyes, ...
Rating : 5
Related Posts: freebeat, Music, News, Video