Meet Moses Onamade, a smart man that never went to secondary school, lectured in two tertiary institutions and was the Head Of Department in Unilag.

Can you tell us your background?

I was born at Ipara Remo in Ogun State on June 21, 1938. My father, Alfred Onamade, was a farmer and palm-wine tapper while my mother sold ‘ogi’ (pap). Her name was Esther Onamade. She was a disciplinarian. Growing up was not easy for me. I started primary education in 1944 at Wesley School, Ipara Remo. Later in 1949, Wesley School, CMS School and Salvation Army United were merged as United School, Ipara Remo.

Which secondary school did you attend after leaving United School?

I didn’t attend secondary school. After finishing primary education in December 1952 at United School, I spent a week at the Methodist Young Teachers’ Course in Sagamu. We were supposed to be employed as teachers after passing the course. They taught us how to mark scripts and prepare lesson and teaching notes. But due to my little stature, I wasn’t offered a job. In January 1953, my father asked me to go with a teacher friend, Mr. Ige, who was transferred to Salvation Army School in Ibadan, Oyo State, from Ipara United School.

Again, my small stature worked against me in Ibadan as I could not get a sales representative job, which was very common then. I had to start selling newspapers, though I was still living with Mr. Ige. I would wake up as early as 5am to trek a long distance to the railway station where we collected papers

For how long did you sell newspapers?

I sold newspapers for about a year, but the experience was a bitter one. After all the stress, it was always a struggle to sell. I usually took the rest home and it was a huge loss for me.

But whenever there were good stories, the paper business became lucrative. For instance, there was a time the “oro” members killed a Muslim cleric, Apalara, and dumped his corpse in the Oko Baba lagoon in the Ebute Metta area of Lagos. We were under colonial rule then and news about murder wasn’t common. They accused him of revealing their secrets and decided to kill him as he didn’t heed their warnings. The case went on in court for a long while and the paper business benefited from the coverage greatly.#

When did you quit as a newspaper vendor?

At the end of 1953, I became tired of newspaper business. When I went home for Christmas, I complained bitterly to my father. He then told another friend, Mr. Ojudun, who was the headmaster of Methodist School, Ileogbo town, Osun State. It was then under Ibadan. I followed him to Ileogbo in 1954. But the man had a policy that before he could get one a teaching job, one must serve him for a year. I became a teacher on January 1, 1955, at Methodist School, Ileogbo. I started teaching the year Obafemi Awolowo introduced free education in the western region.

I wanted to acquire more knowledge, but it was mandatory to teach for three years before going for the Grade 3 Teachers’ Training College. In 1959, I completed my studies at the Local Authority Teacher’s Grade 3 Training College in Iwo.

Training at LATCO was as if we were in the military. Both the seniors and college authorities made us go through a lot of hardship. After the training, I was posted to the Local Authority Primary School, Ogun–Ajo Iwo, as the headmaster and was later transferred to L. A. School, Idiroko, Iwo, in 1961.

When I decided to move closer to my hometown, I was admitted to the Joint Provincial Teachers’ Grade 11 College (IJABCOL) in Sagamu for a two-year course, which I completed in 1963. I then worked at different schools including the Local Authority Modern School, Ogere Remo, and L. A. Modern School, Ode Remo.

Did you compensate for your ‘little stature’ with good performance?

At the Teachers’ Colleges, Grade 3 and 2, I was very active in sports. I was an athlete and I always came tops competing with ‘giants’.

Did you give your first salary to your parents as it was popular then?

I did not, but when I travelled home for the holiday, I brought different things for them.

How many siblings do you have?

I am the third child of six children. I am the head of the family now as I have lost my two elder ones and a younger brother.

I wasn’t born into a rich home; I struggled to become who I am today, but my father was very particular about education. Then, the female child didn’t enjoy education. They had no choice but to accept as it was the norm then. If there was no money too, some of the male children were encouraged to become farmers. Two of my siblings didn’t go to school.

When did you relocate to Lagos?

I became tired of being a local champion as I felt people in Lagos had a better life. I later became a class teacher at Methodist School in Olowogbowo, Lagos Island.

Did you feel bad moving from a headmaster to a class teacher?

I didn’t feel bad at all. I could not dream of becoming a headmaster in Lagos because schools there were bigger and we had experienced old men heading them. The fact that I relocated to Lagos gave me happiness. Due to the distance (I was living in Somolu at a time and going to work on Lagos Island), I asked to be transferred to Methodist School, Yaba. This was made possible with the help of church members. After spending two years at Olowogbowo, I was transferred to Yaba in January 1970.

Didn’t you desire to earn a university degree?

I did. At Methodist School in Yaba, the Lagos State Government introduced evening classes. People were being tutored for GCE Ordinary Level and Advanced Level examinations. By then too, I had moved from Somolu to Alagomeji in Yaba, which was about a 10-minute walk to my workplace.

At the evening classes, I started with Ordinary Level and I did the examinations. But since I wanted to go to the university, I still needed to take the GCE Advanced Level examinations. I passed two papers – Yoruba and Economics.

But before taking the GCE exams in 1974, I attempted changing profession to work in the then Standard Bank of Nigeria. Some of the staff connived with an outsider to defraud the bank and implicated me. We were taken to the Igbosere Magistrates’ Court, which was the first time I entered a court. After a thorough investigation and several adjournments, I was discharged and acquitted while the culprits were convicted. This largely made me quit the bank job in 1975 and I went back to teach at Saint Patrick’s Catholic School, Yaba.

What age did you gain admission to the university?

I was already an old man when I gained admission to study Yoruba/Pre-Primary and Primary Education at the University of Ibadan. I gained admission in 1976 and I completed the programme in 1979. God has destined that I would go to the university. It was a surprise to many people as they didn’t know I could go far. God rewarded my efforts with the admission.

When did you marry?

I got married in 1967 even before I came to Lagos. While I was in UI, I was not working but God was helpful. I met my wife, Janet Adeola, while I was working at L. A. Modern School, Ode Remo. We had mature ladies as students and I picked my choice. I joined the school in 1964 and got married in 1967. But she completed her studies before marriage came in.

We are still happy together; God has been with us. We have been through a lot of ups and downs. Our marriage is 51 now. Our first born celebrated 50 years last year.

How many children are you blessed with?

In Yorubaland, we don’t count one’s children. But for this purpose, I have five children. My first four children are boys while the last child is a girl.

Where did you work after leaving UI?

In the past, promotions were rare. You could work for six years without promotion. You could imagine that after spending the whole of my life in the classroom, I retired at Level 12, Lecturer 2. Things have improved now and teachers get better pay too.

When did you retire?

Having completed 35 years in service (1955 – 1989), I retired in December 1989 while I was still doing Master in Curriculum Studies at the University of Lagos. Upon completion of the degree in 1990, I was given a contract appointment by the college’s authorities. In 2001, I left the college after 12 years of contract appointment. I retired as the Head of the Department of Yoruba.

Were you a ladies’ man?

I was never anxious to get into a relationship or married. Compared to my peers then, I didn’t marry early.

What is the saddest moment of your life?

After my son, Adeolu, got married in April 1998, we planned to go to Hoare’s Memorial Methodist Cathedral, Yaba, for the marriage thanksgiving the next day. On our way to the church on a Sunday morning, a four-year-old boy ran into my vehicle along the Lagos-Badagry Expressway.

We immediately rushed him to a nearby hospital and his mother joined us. They did all to revive him but he gave up.

I was kept in police custody at the Okoko Police Station while members of the church were awaiting our arrival. When the sad news got to Yaba, I was told that my late brother, J. O. Onamade, wept.

I like our local food a lot. Being a Yoruba man, I will say I prefer pounded yam and egusi soup.

Do you take alcohol?

When I was younger, I like beer, but due to age and medical advice, I now take little or no beer.

How often do you do exercise?

I like to take a walk round my compound every morning.

Are you fulfilled at 80?

I am fulfilled; I have no regrets. I thank God for what He has done in my life. Like I said earlier, getting a university admission was not easy. All the while, I was going for evening classes and preparing for examinations, my colleagues thought I was wasting my time. Going to the university changed my life.

I feel pained that I didn’t go to a secondary school. The mathematics that a Form 1 student could solve, I cannot solve it till date. In teacher’s colleges, we were not taught mathematics. They taught us arithmetic, fraction, simple interest and other related topics.

What do you desire from God?

In Yorubaland, parents don’t pray to bury their children; so, I pray to God to prolong their lives. I want them to be successful in their various endeavours. Three of my children are not based in Nigeria, but my first child and last born live in Nigeria. One of my sons lives in the US while the other two are based in Switzerland.

Also, I wish that for the rest of my life, I don’t experience any form of suffering. 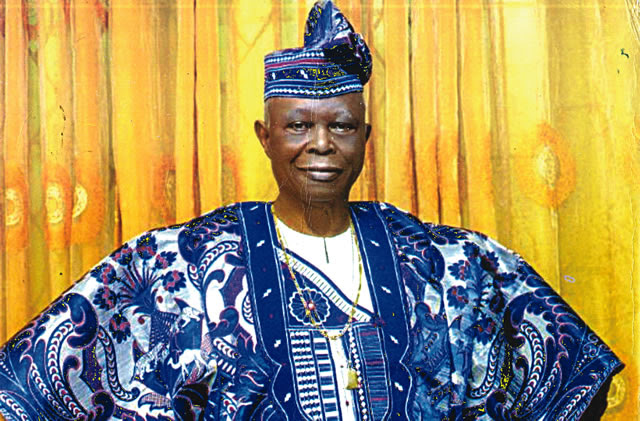 Title : Meet Man Who Never Went To Secondary School But Was HOD In UNILAG
Description : Meet Moses Onamade, a smart man that never went to secondary school, lectured in two tertiary institutions and was the Head Of Department in...
Rating : 5
Related Posts: freebeat, Music, Video