Defection: Minister Thanks Kwara APC For Loyalty To Buhari

The Minister of Information and Culture, Alhaji Lai Mohammed has thanked APC members and supporters in Kwara for their unflinching support to the party despite gale of defection in the National Assembly.

In a statement signed by the minister and made available to newsmen on Thursday, the minister expressed gratitude to the party members and those from other parties for their solidarity for President Muhammadu Buhari. 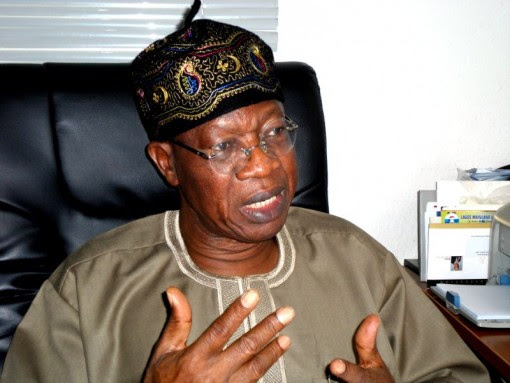 “That commitment has been reflected in the overwhelming support and solidarity that we have received, not just from our party members but also from other parties and stakeholders across the state since the melodrama at the National Assembly on Tuesday.

“In particular, there has been an expression of overwhelming love and support for Buhari from across Kwara in the wake of the defections by federal legislators from Kwara,

“I call on all our members and supporters in Kwara to remain calm, because there is no cause for alarm.

“We are presently consulting with the national leadership of our great party, with a view to coming up with a programme of action that will take into consideration the recent developments,’’ he said.

Mohammed assured the members and supporters that whatever decision taken after the consultations would be in their overall best interest.

It will be recalled that some Senators and Hose of Representative members had on Tuesday announced their defection from APC to other political parties.

0 Response to "Defection: Minister Thanks Kwara APC For Loyalty To Buhari"