‘Defected Lawmakers Are Like Malaria Parasites In APC’s Body’ – Sagay

Prof. Itse Sagay (SAN) Chairman of the Presidential Advisory Committee Against Corruption (PACAC) has described federal lawmakers who defected from the ruling All Progressives Congress (APC) to the opposition Peoples Democratic Party (PDP) as malaria parasites who have been making the APC sick in the last three years.
Describing their exit as big relief for APC, Sagay who spoke in a chat with DAILY INDEPENDENT however said he is surprised that Bukola Saraki, the Senate president has chosen to remain in the party saying he doesn’t understand the kind of game he (Saraki) is trying to play.
He added that the intention of the lawmakers is to bring down President Buhari in 2019, saying they thought they could reenact what happened in 2014 when they left the PDP for APC.

“President Muhammadu Buhari is their main target. It is the presidency itself that they really wanted to bring down. What surprises me is the fact that their leader (Saraki) has left. I wonder what type of game he is playing”.

“So, it is a strategic game, they planned it. They assumed that if they can re-enact what happened in 2014 in the movement from PDP to APC, then they will be able to come to power but they will find out that they should not just imitate without looking at the fundamentals”.

“They are like malaria parasites who have made the APC such a sick party in the last three years. Now that they have gone, APC will fully recover itself and then march on to victory in 2019”he said. 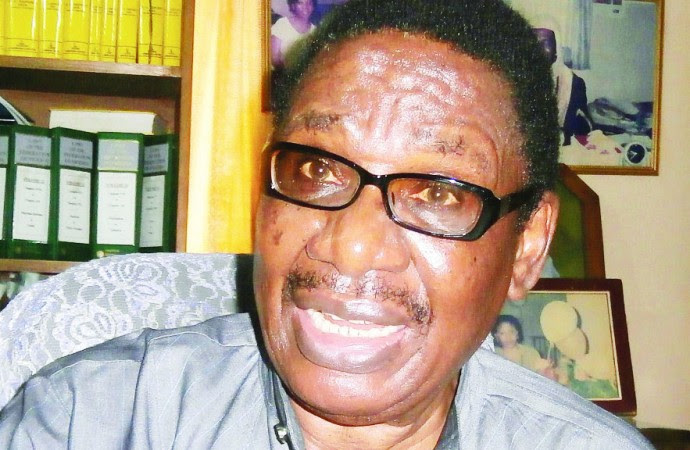