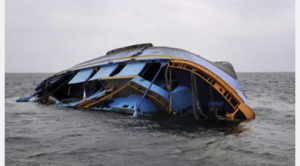 Sunday Sun gathered that 25 persons were onboard the boat and the incident occurred before they arrived Bakana, their final destination.

It was also gathered that 19 of the occupants were rescued by local divers, while the rest were feared missing.

Details of the cause of the tragedy could not be ascertained as at the time of filing the report.

But, sources said that the downpour that lasted for several hours, on Saturday, which was experienced across the state, might have affected the sea.

Spokesman of the State Police Command, Nnamdi Omoni, a Deputy Superintendent of Police (DSP), confirmed the incident to journalists.