19-Year-Old Lagos Girl Drugs Her Friend To Sleep For 15 Hours, Steals From Her 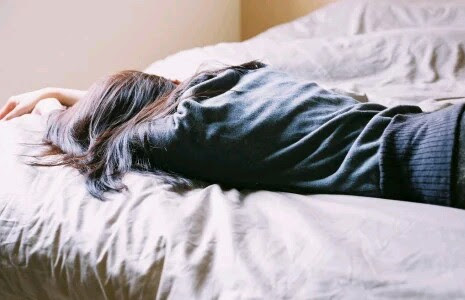 Divine Giwa, a 19-year-old girl, who allegedly administered sleeping substance on her friend via tea, which made her sleep from 7a.m. till 10p.m., during which she ransacked her room, stole money and properties valued at N918,000, was arraigned before an Igbosere Magistrate’s Court in Lagos, yesterday.
Giwa, according to prosecuting counsel, Ehizoba Godspower, committed the offence in September 2017. He said she stole three bags containing clothes valued at N200,000; 30 pieces of shoes, N150,000; jewelries, N100,000; make-up kit, N50,000 and three pieces of human hair wigs, N250,000.
Others included eye glasses valued N20,000, one phone valued N100,000 and N48,000, totalling N918,000; properties of Chioma Daniels.

Godspower said: “The defendant deliberately drugged the complainant to enable her steal her money and properties,” adding that the offence is punishable under Section 287 of the Criminal Laws of Lagos State, 2015. Giwa pleaded not guilty to the charge.
The complainant had narrated how she was drugged by her friend to the Police.
Daniels said: “A friend of mine introduced the suspect to me in March 2017 at a fast food outlet in Lekki, and begged me to allow the suspect to live with me, pending when she would be able to raise money to rent accommodation.
“I lived with the suspect from March till September 2017, when I told her to prepare tea for both of us to drink.
“After I drank the tea, I slept from 7a.m. and woke up 10p.m., only to discover that the suspect had stolen all my properties and money and escaped.
“I later sighted her at Lekki in June this year and raised the alarm, which attracted people who assisted me to apprehend her and dragged her to the police station.”
Magistrate M. F. Onanusi granted Giwa N200,000 bail, with one surety in like sum, adjourned the case till August 1 for mention and ordered that the defendant be kept at Kirikiri Prisons, pending when she is able to perfect her bail conditions.

Title : 19-Year-Old Lagos Girl Drugs Her Friend To Sleep For 15 Hours, Steals From Her
Description : Divine Giwa, a 19-year-old girl, who allegedly administered sleeping substance on her friend via tea, which made her sleep from 7a.m. till 1...
Rating : 5
Related Posts: freebeat, Music, News, Video

0 Response to "19-Year-Old Lagos Girl Drugs Her Friend To Sleep For 15 Hours, Steals From Her"