Update: 21-year-old woman and her two sisters shot dead by her soldier husband, laid to rest in Zimbabwe The three sisters shot dead by a soldier in New Magwegwe suburb in Bulawayo, Zimbabwe, were buried side-by-side at West Park Cemetery yesterday.

Family members said the killings were connected to long standing disputes which include infidelity accusations. 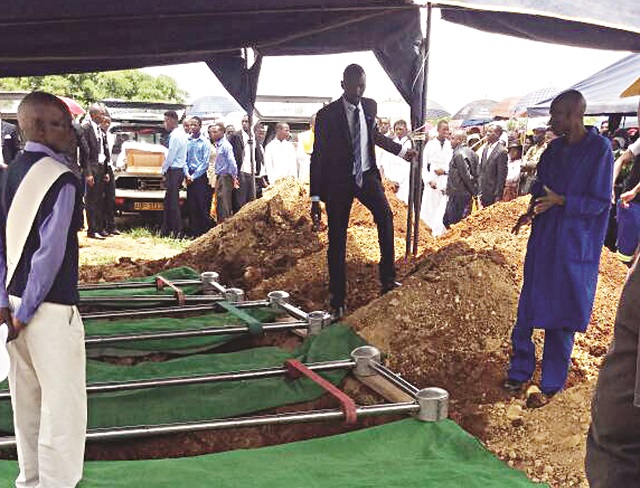 Speaking during a funeral at the Roman Catholic Church in Magwegwe suburb, a relative to the deceased identified as Mrs R Ndlovu, Phiri and Nkomo had each left behind two children, while Ncube finished Form Four last year.

“Both Phiri and Nkomo left behind two children each. Ncube had just written her Ordinary Levels and awaited her results. She died on the day that she had just collected her national identity card,” said Mrs Ndlovu.

0 Response to "Update: 21-year-old woman and her two sisters shot dead by her soldier husband, laid to rest in Zimbabwe"