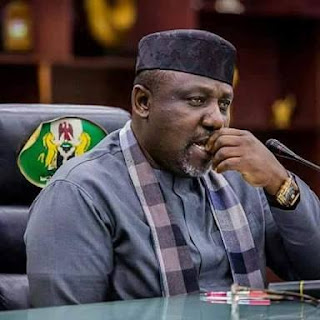 The governor disclosed that the statues placement is part of activities lined up to mark the 42nd anniversary of the state. He listed Chief Sam Mbakwe; Chief Chukwuemeka Odumegwu Ojukwu and Dr. Michael Okpara for special post-humous recognition.

The trio, whose statues would be erected, would be bestowed with the highest award of the state.

Reacting to the letter written by general Olusegun Obasanjo, the governor said no amount of letters can stop President Muhammadu Buhari from running for President in 2019 if indeed he decides to seek a second term. He said:

"This is a letter from one General to another, and from a former President to a seating President. We do not dabble into their conversations because they know how to convey their messages to one another beyond the obvious. So we should not cry more than the bereaved. However, I know for sure that if indeed President Buhari has resolved to seek re-election in 2019, Obasanjo’s letter would not stop him.”