Photos: Man almost lynched by angry mob after he stabbed another man to death during fight over ownership of a prostitute 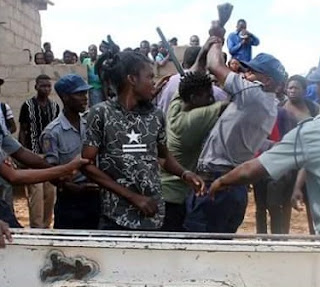 A 25-year-old man was rescued from street justice by armed police officers on Tuesday, after he stabbed a man to death in dispute over a commercial sex worker in Zimbabwe.

According to the Chronicle, the suspect Tungamirayi Kokerai met the 24-year-old deceased while he was walking with a sex worker at around 3AM in Phakama Suburb. 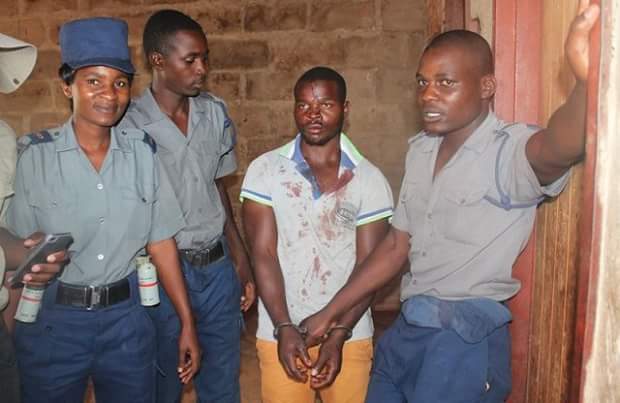 Kokerai demanded to know why the now deceased was walking with his girlfriend which resulted in an altercation.

“The now deceased was coming from a night club with a sex worker that he had hired for the night. On their way they met Kokerai who accused the now deceased of walking with his girlfriend" a source said.

“The two men started quarrelling and Kokerai drew a knife which he used to stab the now deceased four times. The now deceased who was seriously injured went to a nearby house to seek help but he didn’t get any response and bled to death while leaning against the durawall,” said the source.

Police officers, who were escorting him to the police station had to seek refuge at a nearby house as the mob comprising the deceased relatives, friends and residents were baying for his blood. 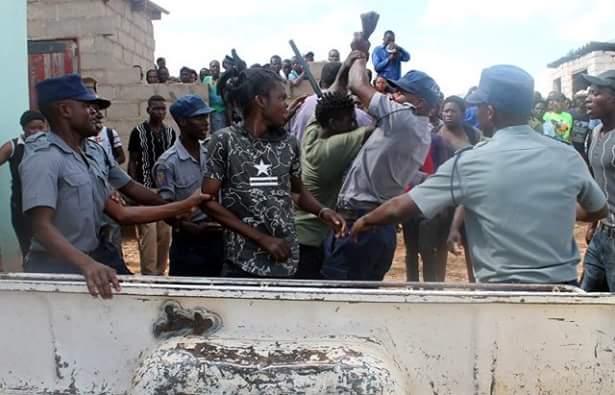 Police were stuck at the house for about two hours before they could escort the suspect to the police station.

More armed police officers as well as anti-riot police and those from the dog section were later called to the scene to stop the mob from breaking into the house in which the suspect was hiding.

Matabeleland South acting provincial police spokesperson, Assistant Inspector Loveness Mangena, who confirmed the murder which occurred at Phakama Suburb, appealed to members of the public not to resort to violence when resolving disputes.

“I can confirm that we are investigating a murder case where a 24-year-old Binga man whose name is being withheld as his next of kin have not been advised, was stabbed to death. He was stabbed four times with a knife and he bled to death.

“An informant found his body at around 6AM at a house close to where he was stabbed and reported the matter to the police. We have since arrested a suspect Tungamirayi Kokerai who stays in Garikai Suburb in Gwanda and he is assisting police with investigations,” she said. 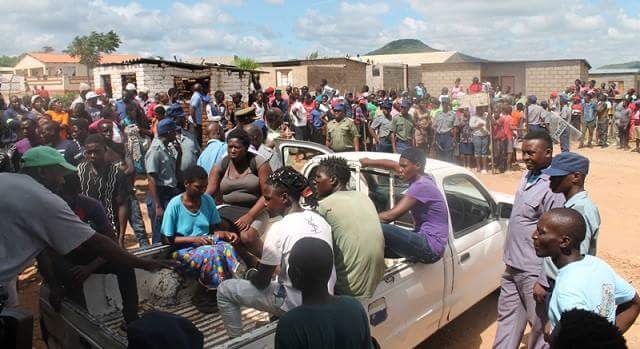 The deceased’s relatives who were part of the mob that stood guard to stop Kokerai from leaving the house where police took him to seek refuge, said they wanted to deal with him themselves as they alleged they did not have confidence in the police.

“We want to deal with him ourselves because police are very corrupt and they will just pretend to arrest him but he will be walking scot free two days later" One of them said.

"It’s painful that our relative was killed in such a way and his assailant should pay for what he did. He is a murderer and he deserves to be killed himself. We are not leaving this place and we won’t allow him to leave unless we have dealt with him,” she added.

When the cops finally escorted Kokerai into a police vehicle after several attempts to negotiate with the deceased’s relatives the mob threw stones at him and tried to attack him but police officers managed to drive off safely.

Title : Photos: Man almost lynched by angry mob after he stabbed another man to death during fight over ownership of a prostitute
Description : A 25-year-old man was rescued from street justice by armed police officers on Tuesday, after he stabbed a man to death in dispute over a com...
Rating : 5
Related Posts: Entertainment, News

0 Response to "Photos: Man almost lynched by angry mob after he stabbed another man to death during fight over ownership of a prostitute"