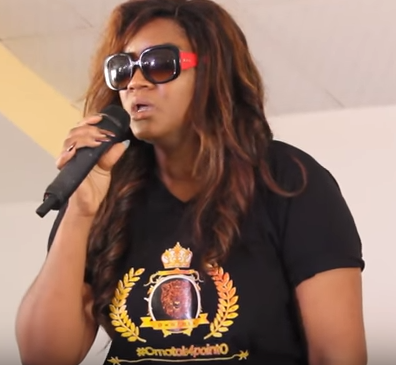 Actress Omotola Jalade-Ekeinde has told Nigerian youths to wake up and free themselves from mental slavery.

The mother-of-four, who recently celebrated her 40th birthday, took a trip to Badagry as part of the events to mark her birthday. While there with some young people, they were made aware of the history of Nigeria and how Nigerians were sold into slavery. After the history lessons, the actress called on young people to free themselves from the modern form of slavery which she says is mental.

During her passionate speech, she mentioned controversial OAP Daddy Freeze who is known to speak against pastors who commercialize religion by taking advantage of their followers' ignorance.

Omotola said: "Stop getting angry with the Freezes of this world. They are not your problem, they are trying to help you.

She went on to admonish young people who spend all their time on social media doing nothing productive.

"Young people wake up, don't be on social media buying data to be insulting celebrities. Or to be following celebrities and knowing what they wore last night, that's not your business," she said.