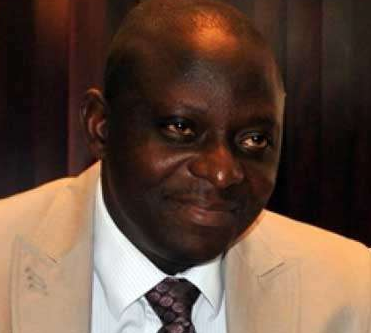 Akpobolokemi is facing trial alongside Ezekiel Agaba, Ekene Nwakuche, Governor Juan, Blockz and Stonz Limited and Al-Kenzo Logistic Limited for allegedly diverting the sum of N2.6bn from the covers of NIMASA between December 2013 and May 2015.

During cross-examination by the defence counsel, Joseph Nwobike, SAN, Akpobolokemi, who denied having any link to all the companies mentioned in the charge by the prosecution, said he was surprised when a prosecution witness, Orji Chukwuma, in his testimony, claimed that he acquired his car and paid for his rented apartment in Banana Island, Lagos with money made from the International Ship and Port Facility Security (ISPS) code activities in 2014.

Akpobolokemi, who also denied receiving money either in local or foreign currencies from the second defendant, further told the court that all the allowances he received were his entitlements, which came through his salary in NIMASA.

He further told the court that employees and political appointees were entitled to a lot of allowances in NIMASA.

"I used all the allowances I received for my personal use. I paid for the car in question by instalments between 2011 and 2013. I didn't acquire it through the process of ISPS. I paid the rent for the house in 2011, 2012 and 2013 with my earnings," he told the court

When asked to explain the process of the ISPS code, he said: " It entails that NIMASA works with relevant stakeholders, including the port terminal, security agents, shipping community etc within the maritime domain to ensure shipping is carried out smoothly."

He also told the court that the day-to- day activities of ISPS code was coordinated by Captain Bala Agaba, who was the Chairman of the Committee in Nigeria.

The case was adjourned to Wednesday, February 14, 2018 for continuation.