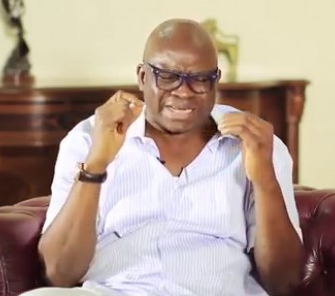 Ekiti state governor, Ayo Fayose, has condemned the police Public relations officer, Jimoh Moshood, for referring to Benue state, Samuel Ortom, as a drowning man. While speaking in an interview with Channels TV this morning, Moshood lashed Governor Ortom for demanindg the resignation of the IG of Police, Idris Ibrahim, over the repeated Fulanie herdsmen/Farmers crises in the state. During his speech, Jimoh referred to the governor as a drowning man.

Governor Fayose also condemned the police for declaring the spokesperson of former military leader, Ibrahim Babangida, Kassim Afegbua, wanted over the controversial statement he released over the weekend. See his reactions as he shared via his twitter handle below Read from bottom to top 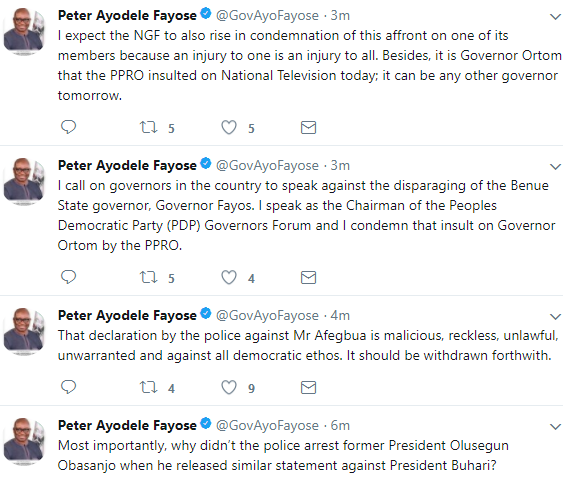 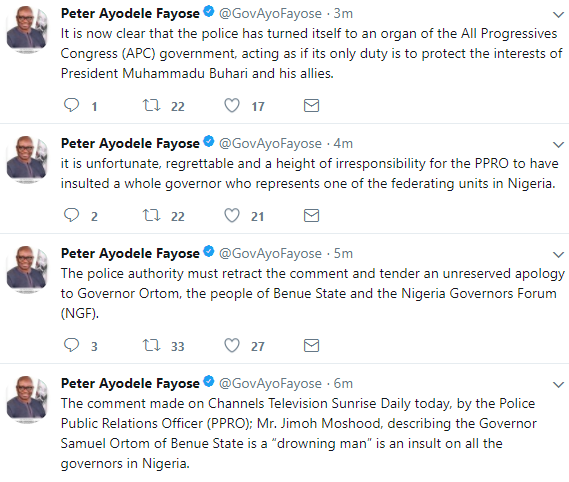