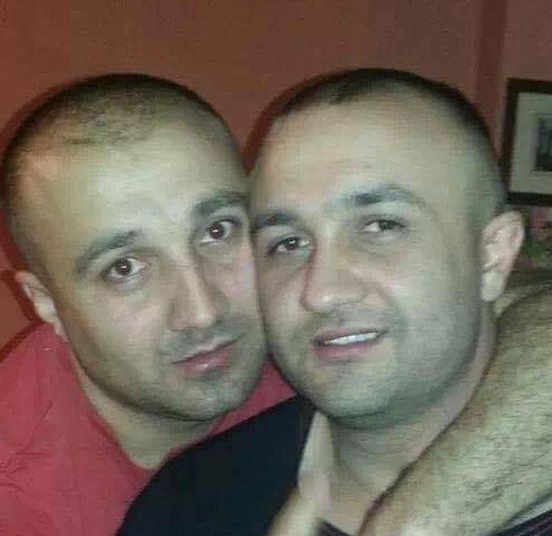 Two sick brothers are on trial in Spain after inserting metal balls into their penises in order to cause more pain to the women they were raping.

When they were in jail, Cristian and Sebastian Sandulache made a series of cuts along their penises and inserted small metal balls into the incisions. The metal balls apparently makes sex more pleasurable to them, but more painful to the women with whom they practice it.

A court has been told how Cristian and Sebastian Sandulache pimp women at a brothel in Oviedo in Spain, where they raked in up to £10,000 each night. Prosecutors described how the brothers chopped off one woman's arm with a samurai sword, while other women were forced to eat Euro notes if they failed to make enough money.

The brothers from Vaslui in Romania are facing 600 years in prison for the horrific crimes they committed. They are accused of human trafficking, coercive prostitution, and money laundering at the court of Audiencia Provincial de Oviedo.

At the trial, they were accused of using a henchman Ionut Baciu to "bring more water" to force the women to swallow the money, and warned: "If this happens again, next time you eat in coins."

Cristian is the younger of the two, born in 1984, but is the head of the clan, while his older brother Sebastian occupies a more junior rank in the network.

Victims, known only as AC and AGM, described their experiences in court, and say they were tricked into believing the men were their boyfriends in their home country. They travelled to Spain hoping for a better way of life, but only when they arrived did they find that their apparent boyfriends were in fact twisted pimps who would subject them to beatings, rape, humiliations and threats, as well as forcing them into prostitution. One victim told the court that Cristian would threaten to "fire" or burn her mother and grandmother, while another said they threatened to rape her younger sister.

Some of the victims became pregnant because of the rapes, but were forced to abort the children, but had to go to Romania to perform the procedures as they had passed the 15th week of their pregnancy. Another victim was described as being a wrestler with physical strength, who the brother subjected to beatings that left her unable to move from bed for a week. Then they allegedly cut her arm off with a katana samurai sword.

The brothers reportedly loeached off most of the money the women made and sent them home to their own relatives in Romania. While making £10,000 in a night, the women in the brothel would only see around £200 per fortnight.

Reports suggest the brothers have 23 police records since their arrival in Spain in 2013, which includes human trafficking, rape, money laundering and a presumed armed robbery in the Galicia region. Before the trial they spent a week in prison, before paying 30,000 Euros as a deposit. The Olive Press reported they are still on the streets as the court ruled "they are not a flight risk".

Title : Brothers put metal balls in their penises to make rape more painful for their female victims
Description : Two sick brothers are on trial in Spain after inserting metal balls into their penises in order to cause more pain to the women they were ra...
Rating : 5
Related Posts: Entertainment, News