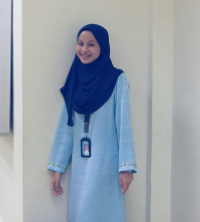 A Muslim teenager's tweet showing her and her "boyfriend" color-coordinating their outfits ahead of Valentine's day went viral and put her in news headlines.

What makes her post especially funny is the boyfriend she was referring to. It's actually a thing, not a person. 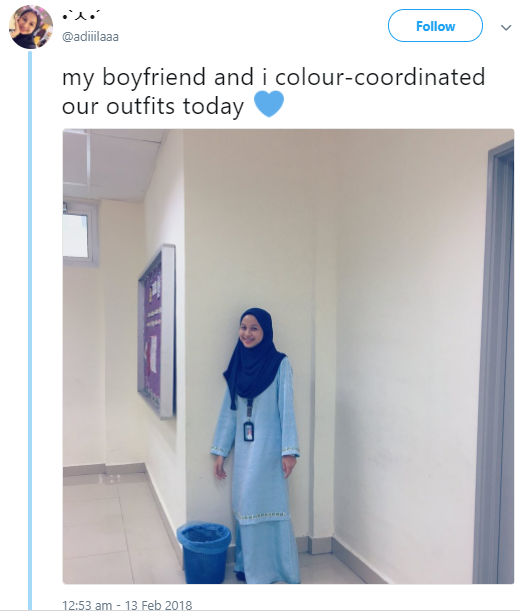 On Tuesday, @Adiiilaaa posted a photo of herself wearing a blue tunic with a navy blue hijab while standing next to a bin lined with a recycling bag in the same colour. In just one day, the tweet went viral. It has been retweeted 111K times and liked by 35K people. Her story was featured on blogs and websites such as Teen Vogue. 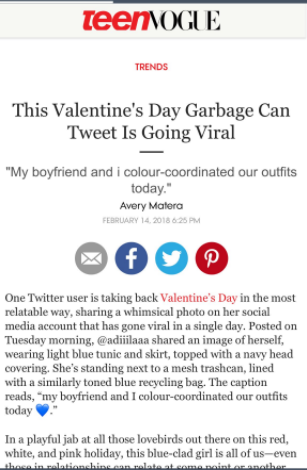 The 19-year-old did not expect the massive reaction the tweet got and later explained in another tweet that she was only trying to humor her friends and had no idea it would go viral.

She wrote: "omg the tweet was just supposed to humour my circle of friends Ã°ÂŸÂ˜Â‚Ã°ÂŸÂ˜Â‚"