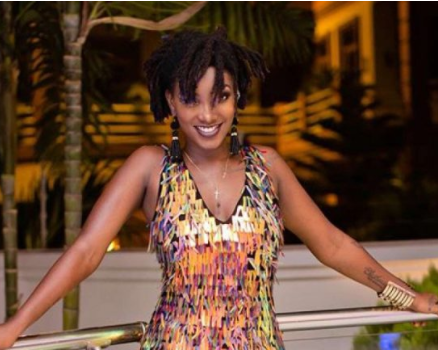 Ghanaian police have confirmed that controversial songstress, Ebony Reigns has died in a car crash at Bechem in the Brong Ahafo region.

According to Starr News’ Ashanti regional correspondent Isaac Bediako, two other occupants believed to be military officers on board a Jeep with registration AS 497—16 from Sunyani also died in the head-on collision.

The driver of the SUV survived the crash, but is currently unconscious and receiving treatment, according to police.

With the tragic death of Ebony, Ghanaians have taken to social media to mourn her death and lament the bad state of roads in the country

It was barely a week ago and i was telling @ntimination its been a while since i heard anything about Ebony. Little did I know i was going to be hearing the biggest and saddest news about her. #RIPEbony

It’s written on the blackboard, death is a trip we all have to pack for and ain’t no coming back y’all #RipEbony Ã°ÂŸÂ¤Â¦Ã°ÂŸÂÂ»‍Ã¢Â™Â‚Ã¯Â¸Â

Cypress Ghana you knew this before the rest of us. When did it really happen? I remember that post two days ago. #RIPEbony

Hmm. For a moment I thought it was a hoax but.... @Ebony_Reigns, gone too soon! Condolences to families of all lost lives. God guide and protect us on these roads we travel on constantly....Cold World!!!#RIPEbony

So what is going to happen to the driver of the VIP bus.. I hope he has been arrested.. I know it’s too early for this but I am angry and upset #RIPEbony

Shit! Dem kill am! When I wanted to do music i got an accident too. People in the industry told me, "the music we don't do it k3k3". You need spiritual backing. You got to be strong in the Lord or the Devil. This is really sad! But dem kill am! If you know you know! #RipEbony