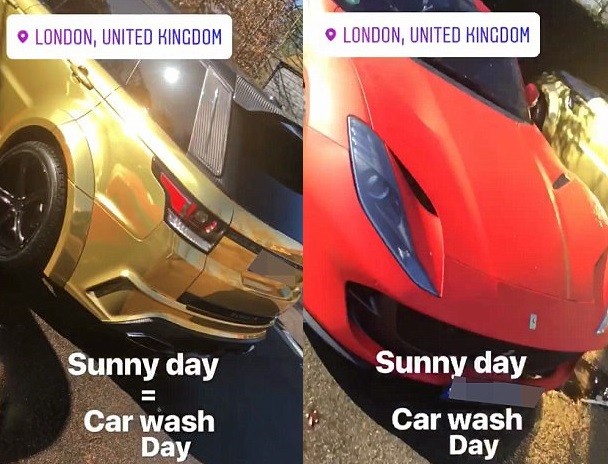 Arsenal and Gabonese striker, Pierre-Emerick Aubameyang, 28, is not just known on the pitch of play but is also a freak of flashy cars.

The former Borrusia Dortmund star uploaded an Instagram story of his gold Range Rover Sport Mansory, and his Ferrari 812 Superfast car, as he took the cars for a wash. 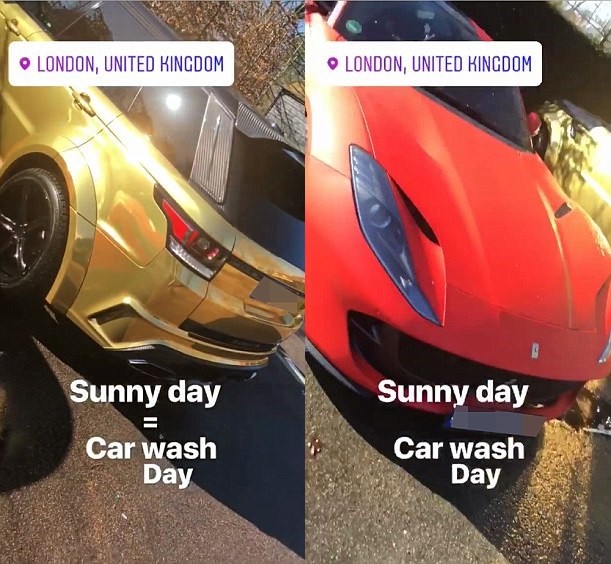 Aubameyang, who joined Arsenal from Borussia Dortmund last month in a club record £56million deal, is being paid £180,000 per week.