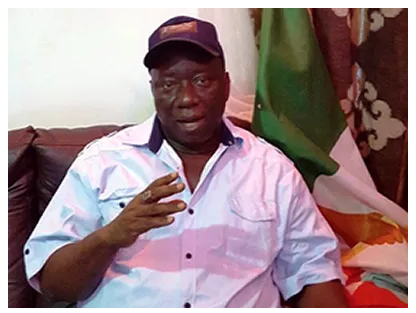 On Thursday, the All Progressives Congress (APC) announced the expulsion of its Kogi State Chairman, Haddi Ametuo, and 38 others from the party.

The ruling party hinged the action on alleged gross misconduct and anti-party activities. The office of the National Vice-Chairman (North Central) of the party accused Ametuo and 38 others of working against the interest and progress of the party in Kogi State.

The list of the sacked executive officers also includes some local government officers of the party who were found guilty of working against the interest of the party. It would be recalled that the party set up a factfinding/ investigative panel which looked into allegations against the affected party officers.

The party decided to uphold the report of the committee which recommended the removal of the affected officers. The Kogi State chapter of the APC has been embroiled in crisis as some officers of the party were found to be openly working against the state government, particularly Governor Yahaya Bello. Kogi is being governed by the APC after a landslide victory in the 2015 general elections.

Title : APC sacks Kogi state chairman and 38 other officials
Description : On Thursday, the All Progressives Congress (APC) announced the expulsion of its Kogi State Chairman, Haddi Ametuo, and 38 others from the ...
Rating : 5
Related Posts: Entertainment, News