''I am not missing'' son of ex-president Olujonwo Obasanjo speaks 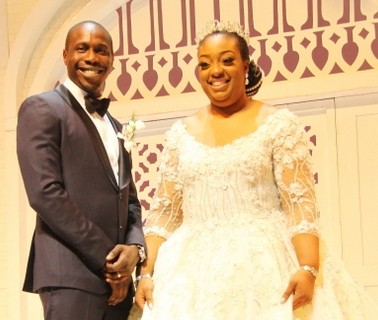 Last week, wife of former President Olusegun Obasanjo, Taiwo Martins, alleged in an interview that her son, Olujonwo, is missing. Taiwo in the interview alleged that her son had been missing since November last year. According to Mrs Obasanjo, Taiwo had abandoned his matrimonial home and gone into hiding because his wife, Tolulope Adebutu had been maltreating him. Recall that Mrs Obasanjo had dragged her son and his dad to court last year on grounds that his proposed wedding to Tolulope must not hold in May because some prophet had arned her that he must not have a loud wedding and also that his wedding must not hold before his birthday which is in June.

In a statement he released to the press yesterday, Olujonwo said he is neither missing nor lost. According to him, he took the decision to go into seclusion. The statement in part reads

''At my age of over 34 years, it is ridiculous to the extreme that my mother would ask the Police to look for me. I am well, alive and kicking and the Police need not look for me. My siblings and others in my family … know my whereabouts and we keep interacting and communicating. My father, who has supported me and my decisions in every aspect of my life, has been in constant communication with me and he is aware that I am hale and hearty. This is my personal and deliberate decision.”

Olujonwo did not confrim or deny the allegations that his 7 month old marriage to Tolulope was having crisis. According to him, he is old enough to marry and manage his marriage, “including what to do with it, if the need ever arises.”