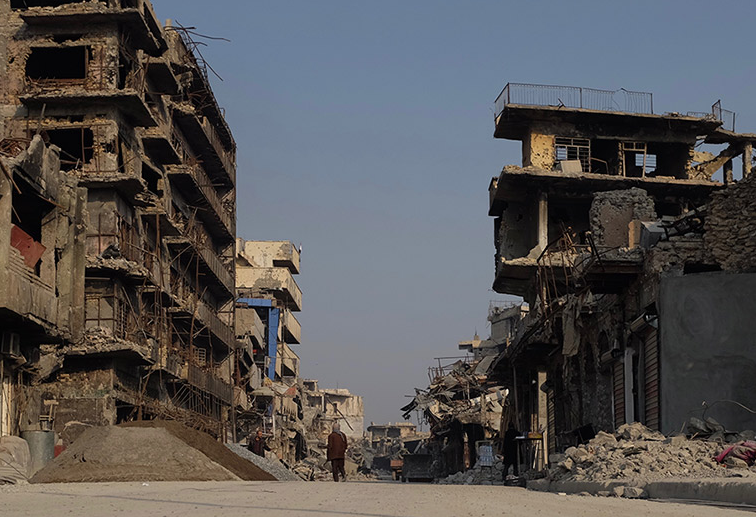 Iraq's minister of planning has said the country needs $88.2 billion to rebuild parts of the country following the aftermath of the war against ISIS.

"$22.9 billion needed for Iraq in the short term and $65.4 billion over the medium term," Salman Al-Jameeli said in a statement released Tuesday during an Iraq donors conference in Kuwait.

The reconstruction and recovery money would go to areas seized by ISIS, including the country's second-largest city of Mosul, during the militant group's conquest that began in June 2014, the statement said.

US Secretary of State Rex Tillerson, who joined the donors conference, called on members of the coalition fighting ISIS to help rebuild Iraq, which suffered tens of thousands of casualties.
"If communities in Iraq and Syria cannot return to normal life, we risk the return of conditions that allowed ISIS to take and control vast territory," Tillerson told a coalition meeting in Kuwait. He announced an additional $200 million to support stabilization and early recovery initiatives in Syria.

Seven governorates in northern and eastern Iraq suffered $46 billion in damage, said the minister's statement. Recovery money would also be needed for the security sector, which requires $14 billion, as well the banking sector, which lost $10 billion in cash assets, according to the minister.

Iraq declared victory over ISIS in December 2017, three years after the group seized large parts of Iraq and Syria and created a self-proclaimed caliphate.

Though It's difficult to know exactly how many people were killed in the long campaign to oust the militants. Foreign Minister Ibrahim al-Jaafari on Tuesday gave an estimate of 18,000 killed and 36,000 others wounded by ISIS or in the battle to eradicate the terror group. But that number may well be low.

An estimated 10,000 people were killed in the nine-month battle to recapture Mosul.