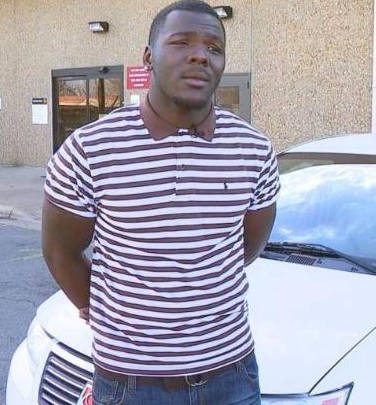 A single dad walked 11 miles daily to get to his 4 a.m. shift for 7 months but when his co-workers found out they surprised him in a big way.

21-year-old Trenton Lewis suffered leg pain as a result of the daily pre-dawn walks to get to work. Yet he told no one of his sufferings as he walked diligently for 7 long months to provide for his 14-month-old daughter, Karmen.

"My pride is strong," Trenton told CNN. "Whatever she needs, I'm the person who is supposed to provide it for her."

But his co-workers at a UPS facility in Little Rock, Arkansas, found out. And last week, they decided to turn his life around. They asked Lewis to come to a brief union meeting. When he showed up, disbelief was clearly written all over his face and he wore a grateful smile as his coworkers handed him keys to a new car. 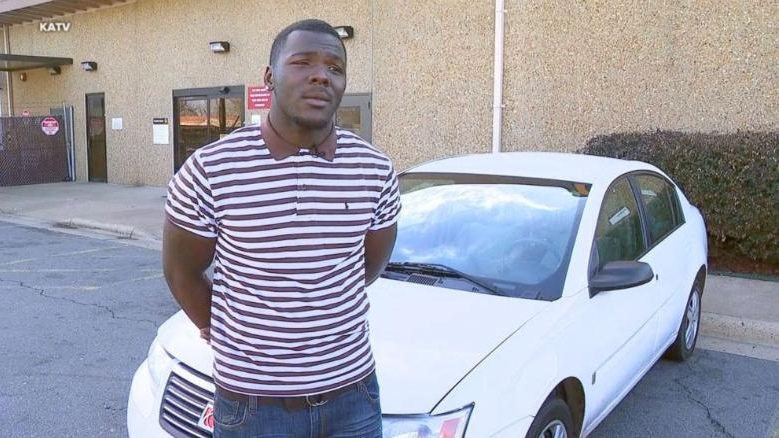 "I was emotionally moved. My heart just fell," Lewis recalled.

His colleagues found out he had been trekking when a staff, who seems to know and see all, got curious and began paying attention to him. Patricia "Mama Pat" Bryant, who Lewis says is like a second mum, got upset with Lewis when she found out he walks to work. Bryant who has put in almost 40 years at UPS together with her husband, Kenneth, then shared Lewis' story with her fellow workers and took up a collection to buy their determined colleague a car.

Kenneth Bryant said: "For a young person to decide in their mind 'if I don't have a ride, if I can't get a ride then I'll walk'. If a guy can do that, we can pitch in to help."

The group soon raised almost $2,000 with which they bought a 2006 Saturn Ion. Lewis' first ride in the car was to pick up his daughter for a bite to eat.

Watch the video of Lewis being presented with the car below.